💫 Static School is 100% open source—check out the GitHub repository to learn more!

A new take on using Markdown for technical documentation. 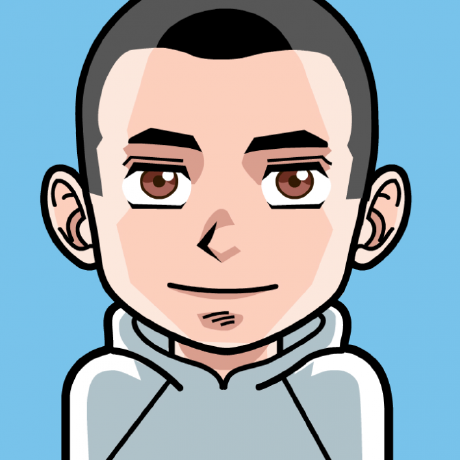 Markdown has become the go-to lightweight markup language for a variety of tasks — you’ll find it powering commenting systems, blogs, wikis, and static websites of all sorts. This widespread adoption has led to a number of advantages over other markup languages — namely, AsciiDoc and reStructuredText — when it comes to writing technical documentation:

Note: When I refer to “AsciiDoc,” I’m talking about the variation of the syntax compatible with the Asciidoctor toolchain (not the older Python implementation).

One of the reasons that Markdown is so popular is its simple, easy-to-read syntax (that can be learned in as little as 10 minutes). Unfortunately, the simplicity of Markdown also means that it’s missing some important features that are available (to some extent) in both AsciiDoc and reStructuredText:

The most common solution to the above issues is to either use a more feature-rich flavor of Markdown (e.g., Python-Markdown) or a template language (e.g., Liquid). There are, however, a few drawbacks to doing so:

Another solution is to give up Markdown altogether: the sentiment that its flaws make it an inadequate choice for technical documentation is becoming increasingly popular. The problem here, aside from ignoring the strengths of Markdown, is that many of us aren’t in a position to make such a change. Any combination of lacking time, approval, or desire can make such a suggestion a non-starter.

But what if there was an option that addressed Markdown’s weaknesses without sacrificing its strengths?

Markdata is an open-source, MIT-licensed Python library and command-line tool for managing “data” (essentially, any non-prose supplement that might appear in your markup — e.g., code, diagrams, tables, etc.) in Markdown files. There are a few driving principles behind this library:

By adhering to the above principles, Markdata is able to extend Markdown in meaningful ways without deviating from CommonMark.

Markdata’s functionality is driven by “directives,” which are Markdown snippets that call Python functions. Instead of introducing new syntax, directives overload the existing containers for raw strings: code spans and code blocks.

The basic idea is that you specify the name of a Python function and its expected arguments within your markup:

And then you write the implementation in a separate Python source file:

You’ll typically store these directives in a directory close to your Markdown content and then tell markdata where to look:

In other words, Markdata acts as more of a “preprocessor” than an actual implementation: you call the markdata executable prior to (not instead of) another Markdown library.

Now that you know the basics, let’s look at some real use cases.

The document directive (one of Markdata’s built-in directives) brings content reuse to Markdown. To use this directive, you specify a path (relative to the directive-containing file) and, optionally, a span of lines:

In the example above, we inserted lines 10 through 13 of my_file.py into a Python code block and included the entire contents of some_file.md at the end. To perform the insertions, simply call the markdata executable on the file:

table is another built-in directive. It allows you to write, edit, and maintain your tables in YAML, JSON, or CSV files. For example, consider the following YAML sequence:

To turn this into a table, we simply use the directive:

After calling markdata executable, we get:

If the basic layout supported by table doesn’t fit your personal needs, you’re free to create custom directives that can produce any layout possible in HTML.

And then, we can simply use the directive in our Markdown:

Of course, you could also add HTML classes and attributes to allow for more precise styling and positioning.

Adding meaning to elements is another common use case for Markdata.

Let’s say that we want to be able to use Bootstrap-style alerts and add classes to our paragraphs. Once again, we write custom directives:

We can now use both of these as block-level directives:

Leveraging the power of Python

All of the examples so far have been pretty straightforward: we use Python as a middle ground between Markdown and HTML, allowing us to add features without straying from CommonMark syntax.

But, as you can probably imagine, the ability to write arbitrary Python means that we can do much more than text-based substitutions. Here are some ideas:

Markdata takes a new approach to an old problem: it allows us to extend Markdown without breaking away from CommonMark. It also allows us to move most template-related logic out of our markup source, making our documentation easier to maintain and less dependent on specific template languages.

The downsides are that it requires familiarity with Python and an additional build step.

Markdata is still in early development and I’d love to hear any thoughts or suggestions. Feel free to open an issue at the GitHub repository!